Imperium Lupi loosely translates as ‘Empire of Wolves’, but the title also alludes to the wonder mineral ‘Imperium’ which powers the advanced societies that have sprung up on the world of Erde.

Erde is populated by various anthropomorphic races, some great, others meek. Imperium Lupi focuses on Lupa, an oligarchical city-state of many diverse beasts lorded over by three powerful wolf packs, the Bloodfangs, Greystones and Eisbrands, with the outsider Hummel pack looking on from afar.

The sprawling City of Lupa is choking under what beasts call the Ashfall, a swathe of pollution brought about by the extraction and burning of imperium. This deadly cloud of grey ash blankets the city and half the continent, killing both plant and insect life, and inflicting various diseases on the populace.

Whilst imperium is burnt in furnaces and manufactured into weapons by all kinds of beasts, some special individuals are able to physically wield the power of imperium directly, granting them enhanced strength and almost magical abilities. Among wolves such beasts are known as Howlers. Other races have their own imperium-fuelled warriors, such as the Chakaa hyenas and Valour cats. 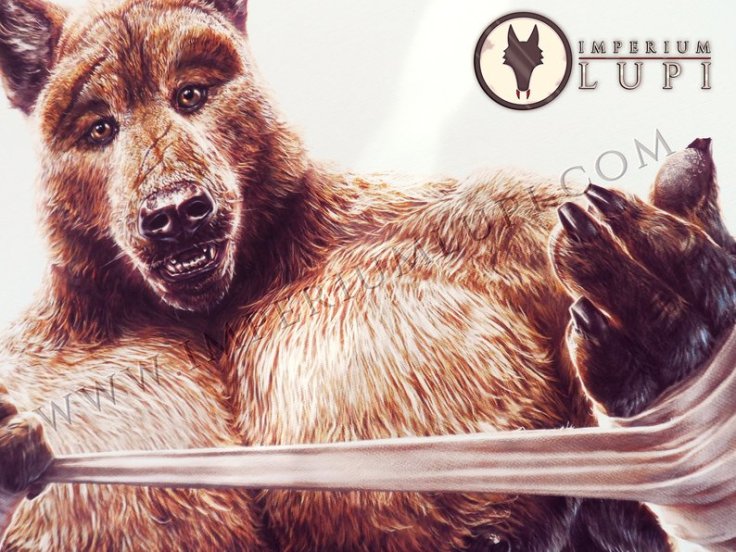 The Howlers police the City of Lupa, vying among themselves for influence and control over the citizens, big and small. Brawls break out frequently, usually between two districts, but sometimes whole packs. When two or more packs draw swords for an extended period it is officially classed as a Howler War.

It has been a decade since the last so-called Howler War, which devastated the city and left countless dead in the rubble. In an effort to head off another such conflict the wolf packs have created a new regulatory body known as ALPHA. This special pack has been granted the power to arrest and charge corrupt Howlers, to stop them abusing their rights and privileges and hopefully preclude the conditions that led to the last round of bloodshed. 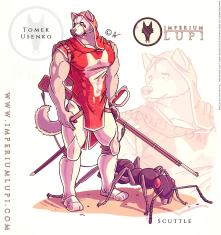 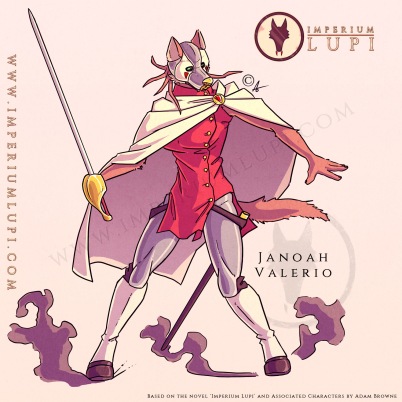 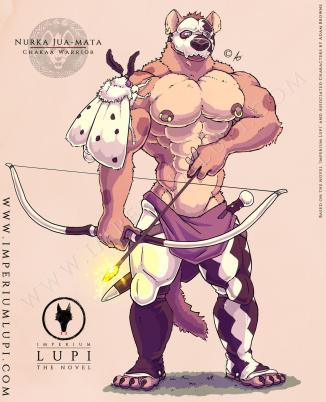 However, there are wolves who think ALPHA are getting too big for their boots, and those who fear another war precisely because of their meddling. There are others who believe an outside force will someday invade and vanquish Wolfkind if the packs do not stop their pointless infighting and turn their spears outwards, to spread and conquer again.

To this end a cabal of wolves plans to seize power and unite the packs, whatever the immediate cost to life and liberty. Meanwhile, the conquered hyenas, for years rounded up and virtually imprisoned on the Reservations, plot their own rise, hoping to throw off the wolfen yoke and set themselves up as rulers of the continent.

For those who love the Republic Lupi it is a race against time to break these plots and heal the rifts in Lupa’s decaying society before it, if not the continent entire, is ruined for generations to come.

Published by Dayfly. All rights reserved.

11 thoughts on “What is Imperium Lupi?”