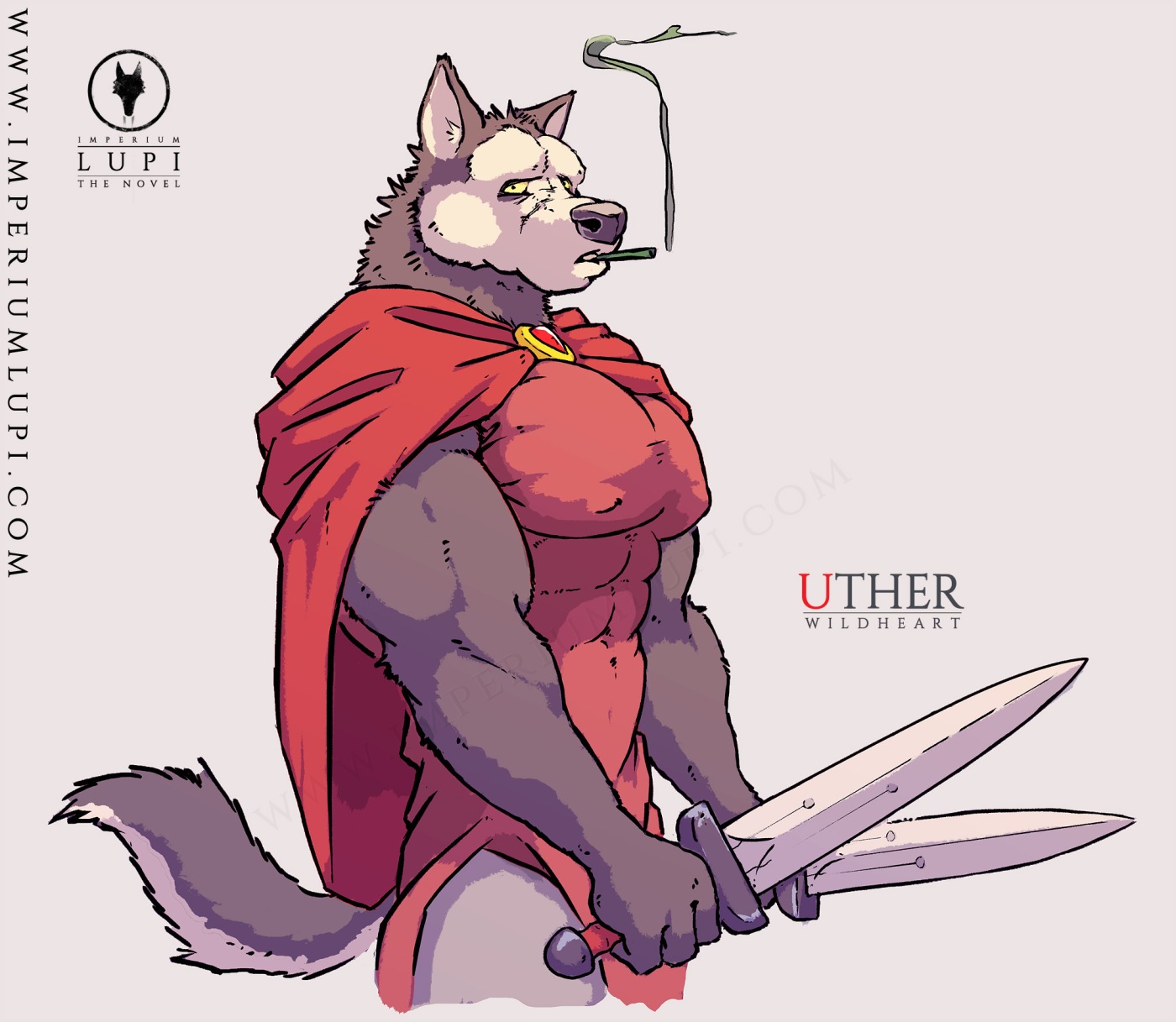 Uther Wildheart is another young Howler loyal to the Bloodfangs. Orphaned during the war like so many cubs of his generation, Uther does not remember his parents and survived many years alone on the mean streets of Lupa, thieving one meal to the next, learning to fight, flee and hide as necessary; skills that put him in good stead for a Howler’s life.

One day his luck changed and he was caught by the Politzi. Before punishment could be meted out, a passing Bloodfang felt his imperium-spectra, for it was already strong. Being too young to survive ‘induction’, Uther was instead sent to a wolfen orphanage until of age to begin training at a Bloodfang Academy. This was, however, just a prelude to a very dark period in Uther Wildheart’s life.

Now in his prime, Uther is possibly the greatest athlete in the Bloodfang ranks, if not Lupa entire, and he knows it. His new partner, Linus Mills, is subject to constant verbal barrages of what Uther thinks about life, Lupa, and the general state of the nation. Though full of swagger and tall tales, the proud Uther does right by his friends and those who saw him through hard times. Such is his gratitude it may yet lead him down a dangerous path indeed.