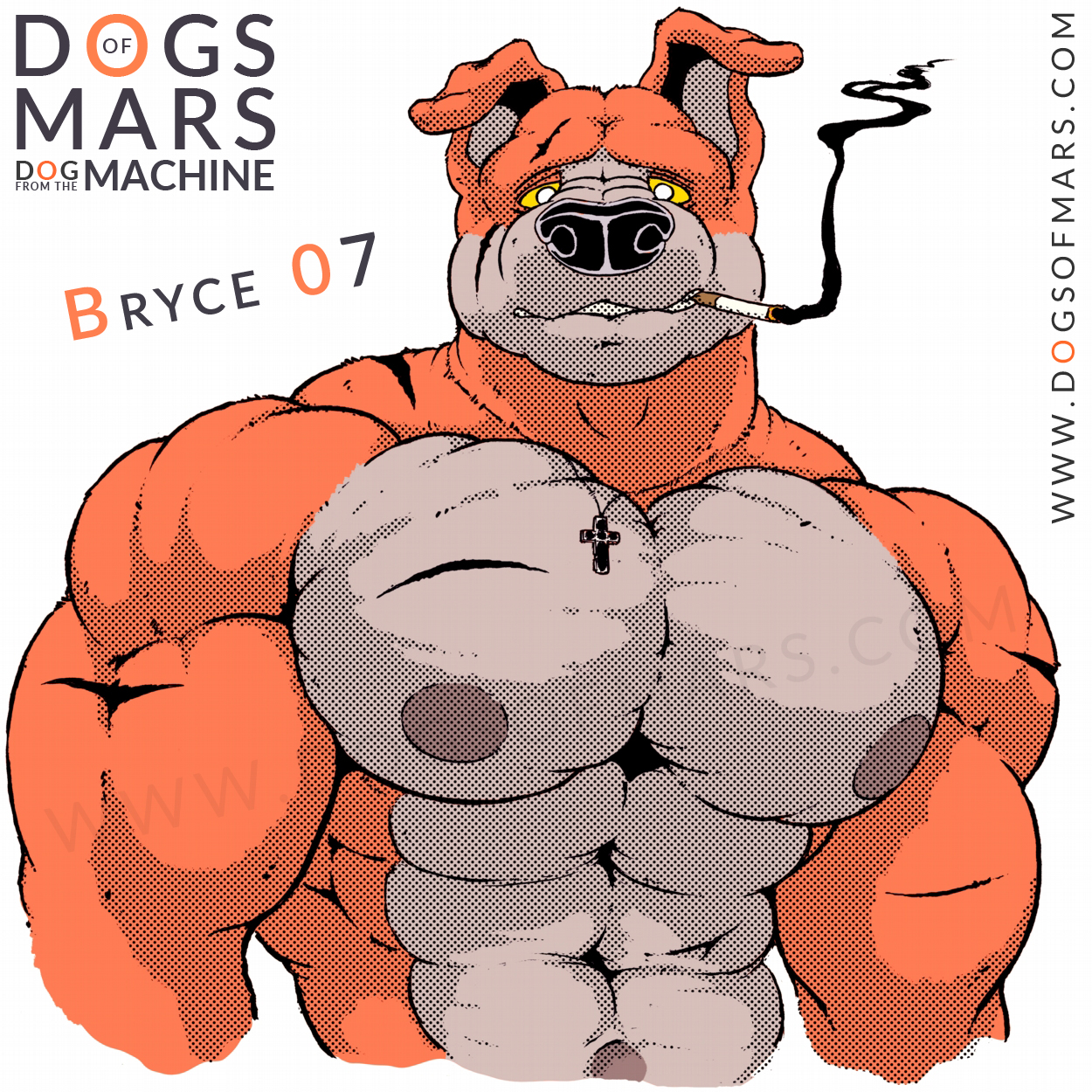 Possibly the strongest X-dog pound for pound, Bryce ‘Seven’ pushes the limits of even augmented canine biology. With his hyper-metabolism he’s not only able to move like a bullet, but build muscle and bone rapidly, thus recovering from all but the worst injuries within a few hours. However, this privilege comes at a price.

Because of the waste heat produced by cell-division and other life processes, Bryce often grows uncomfortably hot, sometimes dangerously so when healing multiple wounds or fighting for too long. He requires plenty of food and sleep to stay in peak condition too, leading to half-hearted jibes of greed and indolence from some of his crueller X-dog comrades. He’s none too academic, sometimes struggling to read things out loud and even adding sums on his fingers, but give Bryce a weapon, or don’t, and he’ll win the day.

Interestingly, despite a relatively low I.Q and occasional crippling fits of stammering and stuttering, Bryce is a social butterfly. Completely confident in his own rusty-red furry skin he’s quite able to hold the room and tell a good yarn, charming dog and dogess alike. His all-American good looks help, but he often seems blissfully unaware of his physical charms.

Even though they may hold a generally low opinion of Bryce’s intelligence, his fellow X-dogs look to him as one of the principle leaders, not only because of his peerless skill and strength, but his moral authority. Bryce knows wrong when he sees it, and won’t stand for it, not from anyone, least of all his fellow X-dogs… not even from Ash.